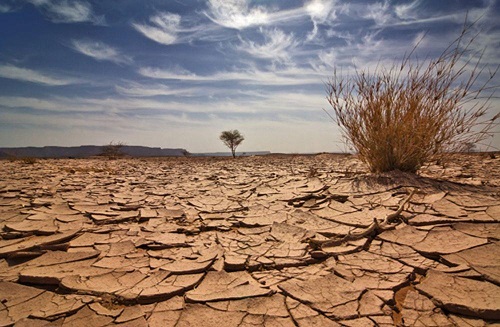 Today, we looked at the water cycle and the distribution of water around the world.

Where does rain come from?

The water cycle principally works through a process of evaporation and condensation. Heat causes water to evaporate and turn into vapour which rises to form clouds. When the water cools, it condenses and turns back into a liquid which falls as rain.

Plants also release water vapour through a process called transpiration. This vapour also becomes clouds. Much of the precipitation that falls in mountains runs down in streams and rivers. Eventually, these all lead back to the ocean.

Do you know what a drought is? What do you think causes drought?

A drought is a temporary water shortage. Droughts can happen in any part of the world. In richer countries, a drought may just mean that people have to use less water. Hosepipe bans are a common way of tackling drought in western countries.

In developing countries, however, drought is a much more serious threat. Lack of rain causes crops to fail, animals to die and drinking water to become scarce. The effects of droughts can kill thousands of people.

This crop of corn has been ruined by drought. Another danger with drought is the threat of forest fires. When an area has had no rain and the plants and trees become dry, they become extremely combustible. This devastates the landscape, causes animals to lose their homes and kills both animals and people.

There are lots of different causes of drought. Changes in wind patterns can move clouds and moisture through the atmosphere so that an area might not get any rain for a few weeks or months. If there are no clouds (or not the right type of clouds) there is no rain.

Droughts can also be caused by humans. If crops and trees are removed from an area, the soil cannot retain moisture which increases the problems of a water shortage. Dams in rivers can be another reason for droughts.
They can be useful for making sure fields in the area have enough water but they can cause problems downstream by not allowing enough water to flow.

In class, we drew and annotated the water cycle. Can you draw one at home?

Stars of the Week!

Stars of the Week!